The Mating Call of the Racket-tailed Drongo

Janet (and her virginity)

The August and Venerable Golf Club of St Magnus

Alastair (the secretary who spills the beans)

Not to mention, the Kama Sutra, fish, snakes, tsunamis, Sanskrit

And, of course, Pottle (and all his woes.)

The August and Venerable Golf Club of St Magnus is in trouble. In an ancient deed, the Secretary discovers that the Clubhouse and land will revert to Janet, the fishmonger’s daughter, if, on her eighteenth birthday, she is still a virgin. With the birthday and the Open Championship imminent, the Secretary decides that something has to be done. 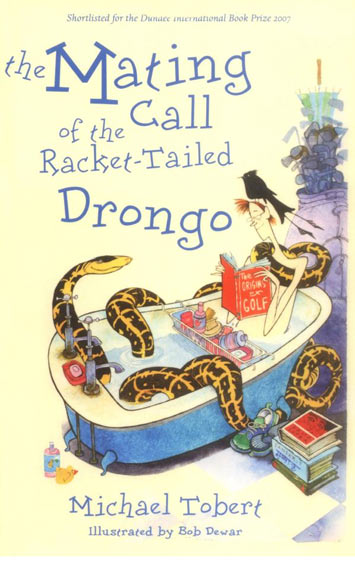